TrailsPennsylvaniaGermansvilleBear Rocks & P's Peak via AT

Bear Rocks & P's Peak via AT

Hike Description
This hike begins at the large parking lot for Bake Oven Knob along Bake Oven Road in Germansville, PA and heads southwest along the Appalachian Trail, following white blazes. The trail really does not have much to see along the way to Bear Rocks, except for a couple of off-trail campsites for backpackers and potentially some off-trail views during colder months.

Bear Rocks - Mile 1.4
The Appalachian Trail's substrate will change to a rocky footpath around mile 1.3, which indicates hikers are getting closer to Bear Rocks summit. Eventually, around mile 1.4, hikers will reach an off-shoot trail with signage for "Bear Rocks". Here, the hiker can choose to scramble up Bear Rocks to the summit, which provides a nice view of the Lehigh Valley. Scrambling up Bear Rocks is not easy and includes some dangers. First, there is not a defined path that leads up these rocks, so hikers must choose their own path. Second, some of these boulders have large plunges into dark caves / chasms - a fall into one of these spots, from higher up, could easily lead to a broken bone or simply cracking your skull on the rocks below. Take every step with caution and do not scramble to the top of Bear Rocks if you do not feel safe doing so. At the top of Bear Rocks is a beautiful view of the Lehigh Valley; however, some might argue the view from "P's Peak" is nicer and easier to reach.

P's Peak - Mile 1.75
After visiting Bear Rocks, hikers can continue heading southward to visit P's Peak. Along the way, the trail continues to follow rocky terrain before reaching a very light/easy rock scramble to reach the top of "P's Peak" - which is simply a nice vista point on the mountain's edge. At P's Peak, hikers get a beautiful view facing southward into the Lehigh Valley. There are two vista points here (despite just 1 shown on the GPS map here), so if the trail is crowded, folks can spread out between the two vistas at P's Peak. The mileage at P's Peak is about 1.75 miles if the hiker includes the scramble up Bear Rocks.

Mountain Saddle to Knife's Edge - Mile 1.9
After visiting P's Peak, hikers can continue southward along the Appalachian Trail to reach a spot called "Knife's Edge". During this hike, we did not reach Knife's Edge, assuming it sat on the mountain saddle; however it appears that Knife's Edge is just beyond the saddle (maybe less than 0.5-miles), slightly further down the trail from where this GPS data ends. Here, at the mountain saddle, we turned back to make this a 3.7-mile out-and-back day hike.

Parking
Hikers will find a massive parking lot at the coordinates provided and is large enough to fit many dozen vehicles.

Popularity
This trail is by far one of the most popular day hikes in this part of Pennsylvania. Expect plenty of people anytime.

Camping and Backpacking
Backpacking and camping is well-accepted along the Appalachian Trail and hence, this section hike is not exception to that rule. When backcountry / dispersed / primitive camping, hikers should remain off-trail. Please follow all state game lands rules and regulations when camping.

Warnings
Rock scrambles: The rock scramble that leads up to Bear Rocks is a bit sketchy in some places. There's no defined path, so hikers can get into precarious situations with deep dark pits of boulder caves below them. There's clearly a risk in breaking bones or cracking your skull on these boulders, so remember that you're hiking at your own risk.

Steep cliffs: At P's Peak, the vista sits on a steep cliff which appears to be over 50-feet tall. Watch your step as you approach the ledge.

Rocky terrain: This trail follows some rocky terrain, which makes it easy to roll and ankle or fall. Watch your step and take your time in these sections to ensure a safer hike. 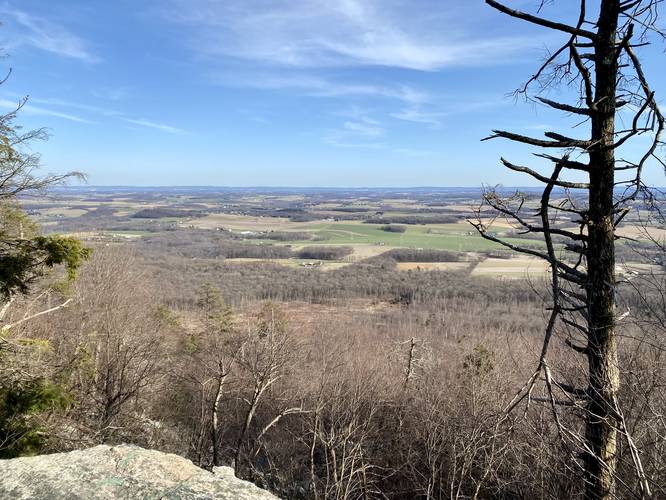 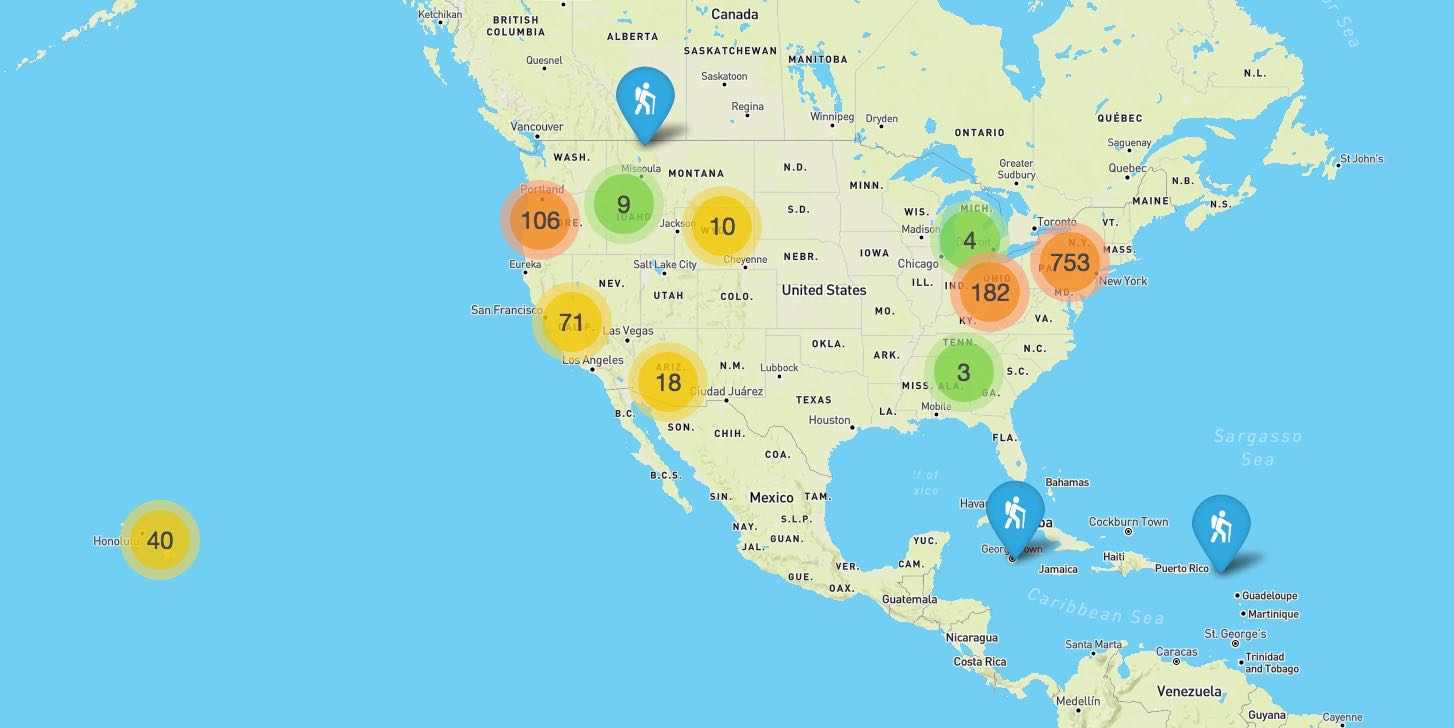 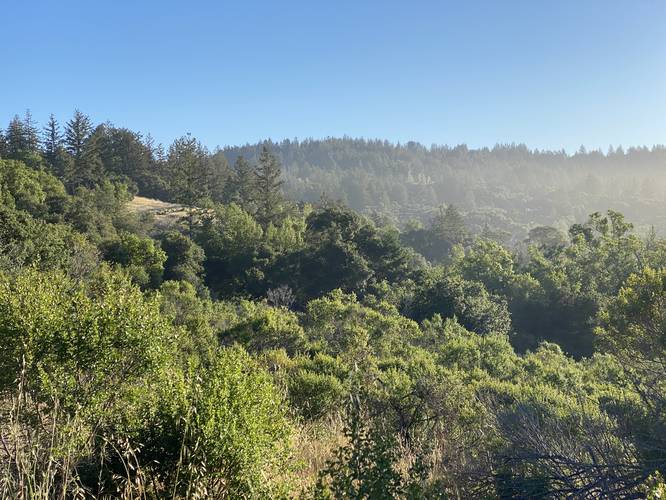 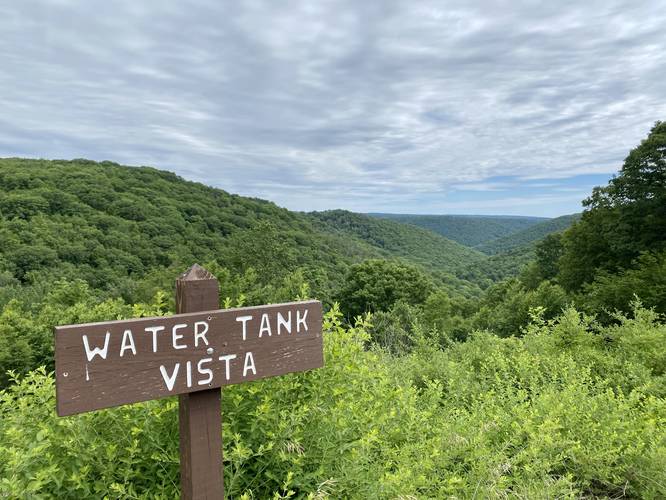 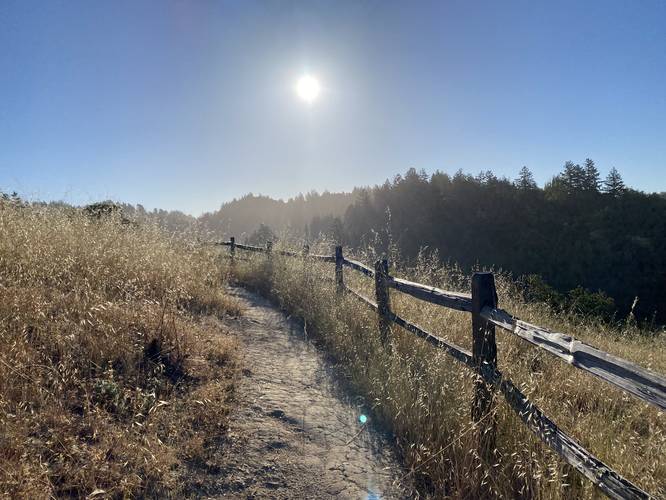 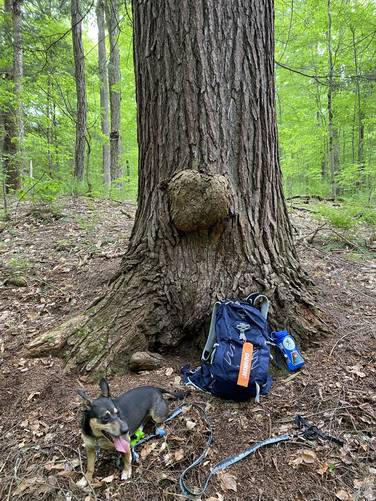