COVID-19: When hiking during the coronavirus outbreak, look for trails with empty parking lots to reduce the risk of exposure to yourself and fellow hikers. Hike smart and avoid crowded trails.

Trails: Note that this hike follows the Joseph Dumohoski Interpretive Hiking Trail. This trail runs from the Bayless Concrete Dam and follows the creek until it reaches the remains of the Bayless Earthen (Dirt) in the northern section of the park. Also note that this recording does not cover the entire length of all of the trails in the park (we will add this data in late Spring 2020 to include the whole trail system).

This recording begins at the parking lot below the concrete dam ruins and follows the trail that passes through the left-side of the ruins. Hikers will find massive pieces of rebar sticking out of the concrete slabs, massive chunks of concrete, and some pieces of dam that have fallen off over time. Be cautious when exploring around the dam and pay attention to and follow directions from the "stay out" signs. And remember, hike at your own risk.

Along this trail are interpretive signs that explain local trees and vegetation. These signs also include local sponsors that help with the Austin Dam Memorial Association's efforts.

On the upstream side of the concrete dam, hike begins with the exploration to some small vernal pools that collect water over time. On this side of the concrete dam also begins the Joseph Dumohoski Interpretive Hiking Trail. The towering structures of concrete are really neat, despite the tragic loss of life caused by the concrete dam's breakage. The concrete dam was built in 1909 by C. J. Brintnall & Co., of Binghamton N. Y. and T. C. Hatton, Dam Engineer of Delaware for a larger water source for the Bayless Pulp & Paper Company.

This recording then follows the Joseph Dumohoski Interpretive Hiking Trail to the north. At about 0.3 miles, the hike explores the Coffer Dam. The Coffer Dam was built about 1901 by the Austin Borough, and was the initial water source for the Bayless Pulp & Paper Company. The Coffer dam was swept away in the 1911 concrete dam failure and only the hand-laid stone spillway remains today.

At the end of this hike, at about 0.8 mile distance north of the concrete dam, lays the ruins of the Earthen Dam. This structure, which began as a log crib dam, was built in 1910 by G. M. Miller, of Kane, PA, after the winter scare of January 1910 when the large newly-built concrete dam began to show signs of failure. The log-crib dam held intact during the 1911 flood, and was later reinforced with sloped earthen banks, and was used to re-open the Bayless Pulp & Paper Company after the concrete dam failure. The center section of this Earthen dam breached in the 1942 flood, and today the remaining sections are known by locals as the dirt dam.

History
On September 30th, 1911 the Bayless Pulp & Paper Company concrete dam gave way under tons of pressure from the water in the reservoir which had been built to help fuel the paper mill just south of the reservoir. The dam breakage sent water rushing down the valley, destroying everything in its path - including much of the paper mill. The water rushed right through the town of Austin as well. In its wake, it killed 78 people in total.

Bayless Pulp & Paper Company survived the breaking of the Austin Dam in 1911 as well as the smaller earthen dam break in the flood of 1942. However, a major fire in 1944 caused the Austin papermill to close forever.

Pets
Dogs are allowed if leashed and their waste must be carried out by the hiker.

Parking
Hikers can find parking at the main lot for Austin Dam. The entrance sign, located on PA Route-872, has two roads that lead out from it. Follow the road that immediately crosses a small bridge - do not drive down the hill to the camping area since the Austin Dam is about 1-mile away from this spot. Following the road that crosses the bridge will bring you down to the concrete dam. 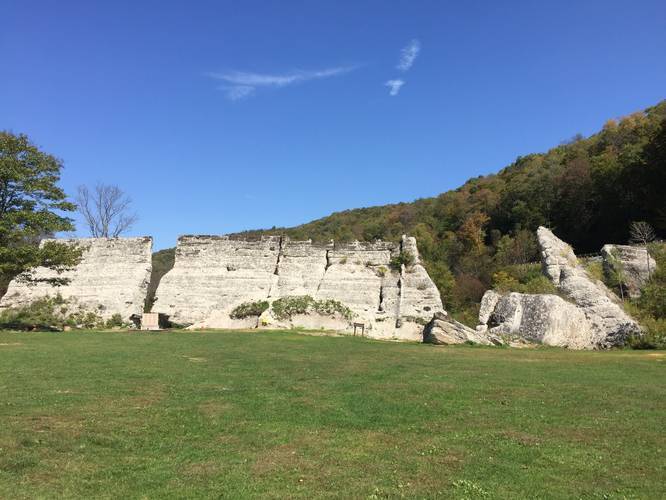 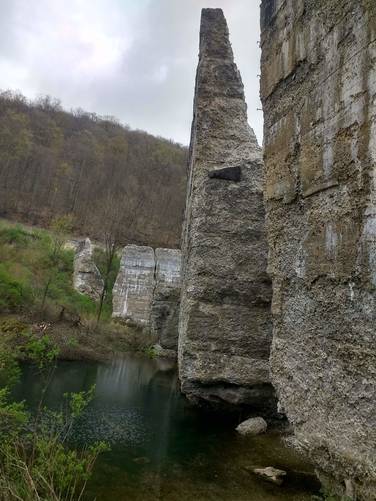 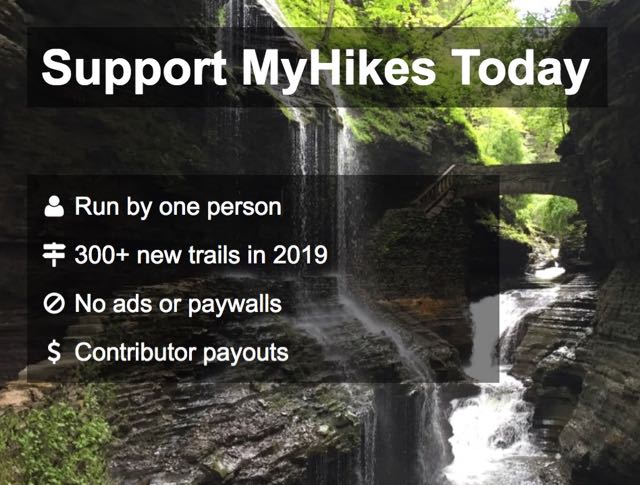 Explore over 3,391 miles of trails in 31 states
Get directions to the trailhead on the go
Use maps and charts to plan your hikes
Share links to make meeting up easier
Export trail maps to bring on your hike